By continuing to browse this site, you accept the use of cookies. Find out more OK

The museum of “La Bataille” is located in the village of Fontenoy (89250), on Saint Marien street - in front of the church.

It was at Fontenoy-en-Puisaye that on June 25, 841, the important battle took place between the three grandsons of Charlemagne: Lothaire, Louis the Germanic and Charles the Bald, prelude to the Treaty of Verdun signed in 843 which consummated the division of the Empire (a commemorative obelisk is on Thury Road).

On the ground floor, models by Jacques Perreaut and paintings by Fabienne Dubois evoking the site of the battle (sculptures to discover in the village). Upstairs, an armed Carolingian fighter awaits you. Relive this page of history with an animated soundtrack model. The museum was enriched with spear tips found on the site.

THE BATTLE OF FONTENOY 841:

Did you know that in the past, France and Germany were basically one empire?

Careful, we will make you go back to your school memories… remember Charlemagne? Yes, it is often said that he invented the school. But above all he created an empire! And his only son inherited it quietly. Only he himself had 3 sons... there, problem! Each has been assigned a part of the empire, then a half-brother comes into the equation, then the children of the heirs of the land… In short! All this little world wanting to reign... and here is the Drama!

Or rather THE battle! The one who will see the empire split up and the "birth" of France and Germany... and all that, at home, in Fontenoy in Puisaye! On June 25, 841, in one morning, three kings of the same family fought for the crown: Lothaire and his nephew Pépin against Louis and Charles the Bald. 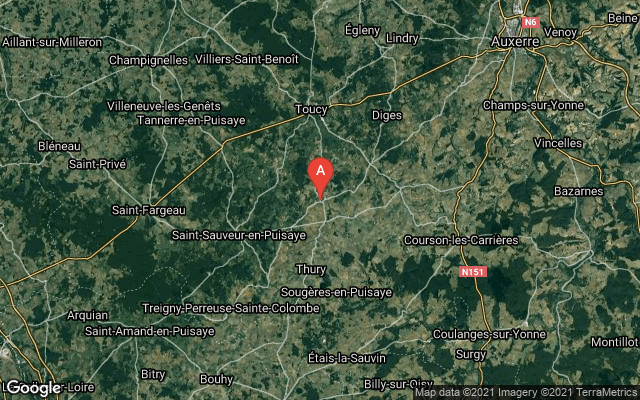 The museum of “La Bataille” is located in the village of Fontenoy (89250), on Saint Marien street - in front of the church.